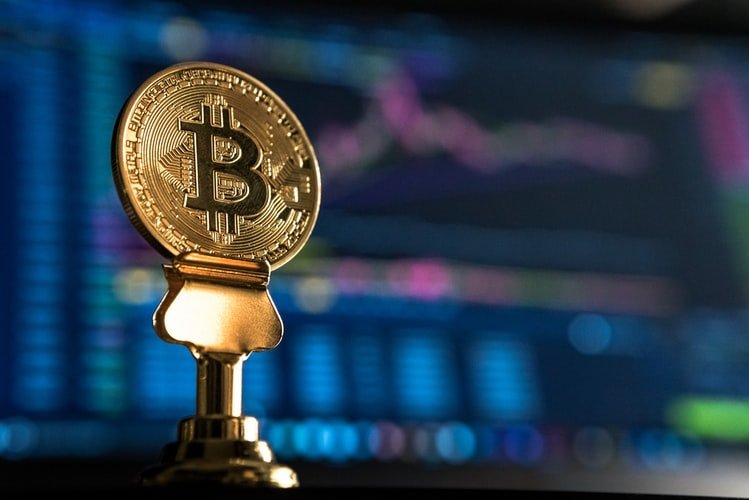 Contents hide
1 What’s Blockchain?
2 The Three Pillars of Blockchain Technology
3 History Of Cryptocurrency and The Condition Today
4 Investment Opportunities:
5 Tokenized Assets – What is it?

The term blockchain has been used in numerous social and corporate conversations in recent years and everyone seems to have heard about blockchain technology, but a majority of the population has no idea what it really means.

Blockchain has the ability to completely disrupt the financial industry in the same way social media disrupted mainstream media and the way Netflix destroyed blockbuster films in theaters.

Blockchain technology has the potential of being used as a platform that provides financial services to everyone on the part of the world, this includes people in developing countries who may not have access to traditional banking services and cannot afford the rates required to make large transactions.

This technology has the potential of making major breakthroughs in nearly all major industries that are usually manipulated by big corporations.

To clearly understand what blockchain technology is, read on to give you a brief breakdown of the history of how the transaction of money has evolved.

A bit of history and popularity factors

Historically, whenever people used to exchange valuable items, there were middle men whose sole purpose was to record the authenticity of both parties and build trust between them.

Currently, these middlemen are known as banks. The use of banks and brokers has continued over time and with the emergence of digital assets like stock, electronic money, and intellectual property need for a more secure method has emerged.

This is because digital assets are usually files within a computer that are therefore vulnerable to manipulation and theft. Thus the use of the blockchain technology enables parties to transact openly and transparently ensuring that the exchange is secure and efficient.

The first blockchain is the decentralized ledger behind the digital currency bitcoin and is comprised of blocks (related batches of transactions).

A copy of the ledger is backed up in more than 50,000 computers that make up the bitcoin network.

Changes in the ledger — such as transfer of virtual coins — are cryptographically signed. This supports the data that the transfer made by the user is the actual owner of those coins, and can only be spent once.

The idea is to record how the virtual currency’s every single unit is spent to prevent unauthorized changes to the ledger.

The Three Pillars of Blockchain Technology

Decentralization alludes to any type of technology that is not governed by any organization and authority which makes blockchain and crypto tech stand out.

What makes Bitcoin so well-known is because of its individualistic trait and can be used for all kinds of online transactions between users all over the world.

This blockchain pillar is generally about networks of users and does not include any central node.

The greatest worry for each individual who engages in digital money is its security.

In this context, security, for the most part, means both wellbeing and protection. In the event that the supposed cryptographic forms of money are not verified enough, nobody will risk the entire process for contributing.

In any case, there are numerous ways that guarantee that the individuals have secure access to their contributed assets. One such technique is utilizing of crypto wallets, which have their very own computerized address, and can be a piece of online assistance platform that connects you to a particular blockchain and enable you to purchase and sell.

Scalability characterizes the blockchain’s capacity to expand its ability simultaneously, operating at an almost flawless task. This means careful processing times, framework lags, and so forth.

Blockchains, particularly the Bitcoin blockchain, get bigger because of its demand and popularity. This system must have the capability to engage with different transactions every second; and by that, it means nearly millions of transactions at a fast pace.

To better deal with real-time transactions, state-of-the-art equipment, and secure frameworks must be used.

History Of Cryptocurrency and The Condition Today

More than 10 years before the birth and rise of cryptocurrencies, the idea had been proposed by computer engineer Wei Dai.

In 1998, he published a paper where he discussed “B-money”, which was about the concept of digital currency that could be forwarded along with a network of unknown digital pseudonyms.

Also in 1998, another endeavor by the name of Bit Gold was made by blockchain pioneer Nick Szabo. It similarly investigated in the creation of decentralized computerized cash.

Szabo’s idea was comprised of inefficiencies: the expenditure in making metal coins to decrease trust inside the customary budgetary framework, for example, expecting to make coins and to lessen the measure of trust required for transactions.

While both were never implemented, these ideas truly were a part of the motivation behind Bitcoin.

Types of Crypto and Their Differences

Bitcoin, created in open-source programming, is one of the most common monetary standards and is seen as a digital currency of its own. The creator of the whitepaper that built up this digital currency was Satoshi Nakamoto.

Litecoin was introduced in 2011 as Bitcoin’s substitute. This digital currency is also an open-source, decentralized global payment network which means there are no central authorities.

Here are a couple of contrasts between these digital currencies:

●     Litecoin is known to have quicker transactions.

Ethereum is yet another digital currency that focuses on operating the programming code of all decentralized application for the payment of transaction services and rates on the network.

Ripple was introduced in 2012 that performs both as a digital currency and a payment grid for online expenditures. It’s a worldwide payment protocol that is intended to make a quick, easy low-cost option of transfers.

Bitcoin Cash is another type of cryptocurrency to enhance some of Bitcoin’s features. Bitcoin Cash has the ability to add up the size of blocks for faster, continuous transactions.

Ethereum Classic is another genre of the Ethereum blockchain and operates intelligent, contracts that are alike on a decentralized program.

Intelligent contracts are platforms that operate precisely as programmed without fraud, censorship, downtime, or 3rd-party applications. Like Ethereum, it provides a token called ‘great ether’ as payment to products and services.

ICOs (Initial Coin Offering) – What are these?

ICO (Initial Coin Offering) is more of an advanced class of an IPO (Initial Public Offering).

Many errors are corrected and eliminated, the thin lines between ergonomic and materialistic objects, and planning have been resolved, and tasks that are initiated have been concentrated upon an ICO.

ICO is about crowdfunding that has its sights purely on cryptocurrency which is used as a capital for many startup companies that are mostly owned and run by young entrepreneurs who have fresh and progressive ideas for the business.

For the ‘tokens’ to become ‘coins’ and be used in exchange, several procedures are observed and implemented.

Individuals who purchase tokens could sell them any time they want, even prior to the ‘exchange’ comes. Once these tokens are included in the exchange and become a ‘coin’, it becomes absolutely free from any hold from the user and is now a part of the ‘demand and supply’ chain.

With Initial Coin Offering or ICO: things go at breakneck speed, no connection to any big brands and names; and no long-term investment schemes and awaited returns. In other words, it is readily accessible for startups and entrepreneurs.

It has minimal paperwork, high liquidity with high investment returns.

The option to stick with an ICO is fast when it comes to benefits — as long as you are knowledgeable with the token’s quality and you could be sure (even the slightest) about the token’s future in the market.

The downside of ICO are volatility, it may be a fraud and the lack of infrastructure.

In many ways much like an initial coin offering (ICO), an investor is given a crypto token or coin that carries their investment.

A security token is made for any investment contract into an implicit expenditure asset, such as real estate investment trusts or REIT, funds, bonds, and stocks.

Security can be explained as a “fungible, negotiable financial instrument that holds some type of monetary value,” i.e., funding that is wholly supported by a real-world asset such as a company or property.

A security token, therefore, regards the proprietorship data of the investment product, kept on a blockchain.

When you invest in traditional stocks, for example, ownership data is recorded on a document and given as a digital certificate (e.g. a PDF).

It is the same process for Security Token Offerings, but fully kept on a blockchain and provided as a token.

Tokenized Assets – What is it?

Today, assets can be represented on a blockchain by a certain digital identifier called a token. Tokens can also be acquired as airdrops through the completion of certain tasks set by the airdrop project owner. But today we’d like to clear then mist around asset tokenization.

Tokenized assets are defined as the phase of giving a blockchain security token that digitally appears as an authentic, exchangeable asset — in many ways much like the usual securitization process, but with a modern twist.

Moving data from a real-world asset onto the blockchain affords the right to own, to forward and traded on a secure, worldwide digital platform.

The real estate industry is especially appropriate at the thought of tokenization.

Think of it this way: you want to invest in real estate, but you want to start small and gradually increase your investment.

The public ledger’s task guarantees that once you buy tokens, your ownership of the asset cannot be altered or tampered with; it is undeniable.

Instead of needing large-scale investments, or holding your money for certain amounts of time, tokenization allows you to invest in any asset you choose and trade the token at any time, seamlessly.

The option to freely choose where you invest will set the motion of a new era of much greater customization and personalization in investment.

The process of tokenization includes dividing the asset into many parts called token and can be likened to a share of stock in a company. In fact, the artwork value can be volatile depending on the market.

How does it work?

Many investors deem the art sector as a good choice for potential investment to expand and diversify their portfolio.

First, a certified art curator will appraise the artwork’s value to determine the ‘pieces’ that are to be divided, followed by tokenization.

Certificates that contain the artwork’s authenticity and market value will be stored on the blockchain.

The token numbers which were defined have their respective monetary value representing ownership.

Issued token will commence the trade market share, and the owners will be given part ownership to the artwork.

Technically speaking, Initial Exchange Offering or IEO is a segment of ICO, but IEO provides tokens/coins not directly to investors but through affiliation exchange.

In a public ICO, any individual can participate.

IEO is only for members of that given exchange are allowed to buy tokens. That said, you can partake in an exchange if you are interested in a certain coin about to be released which is convenient even to the average retail investor.

PDFBear PDF Compressor: Save Disk Space From Your Device

5 Ways To Convert With GogoPDF Prowess

Super Bowl Winners: All About The Big Game

Keto Diet Questions: Ask Your Waiter Before You Order