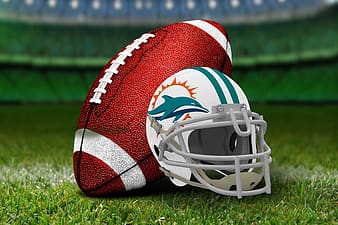 The biggest athletic event of the year, the Super Bowl, is just around the corner, and since this big match up between the two best football teams in America only happens once every year, it’s quite a big deal.

Sports fans all over the country get together with their buddies to watch and root for their favorite team, but in order to really enjoy the big event, fans have to make sure they’ve got the proper set up in their home.

As you watch the Super Bowl on  TV, you’ll feel as though you’re right there on the field watching your teammates make every catch, fumble, tackle, and a field goal.

The History Of The Big Game

The Super Bowl is the National Football League’s yearly championship game in which the champions of the NFL’s two conferences (AFC and NFC) are matched against each other.

The games were first created as part of a merger agreement between the NFL and American Football League (AFL), with the first Super Bowl being played on January 15, 1967, after the 1966 football season.

A team from each conference is now picked to play at the end of each season. As the teams play their regular season in hopes of making it to the playoffs, the number of games won determines who makes it into the playoff season.

Teams battle in the playoffs for their spot in the big championship. The two conference teams that prevail go to the Super Bowl to be cheered on by millions of fans both in the stands and at home. The Super Bowl is much more than just a battle between the two best teams in the league.

When Was The first Super Bowl?

The first Super Bowl, or known as Super Bowl I, was the AFL-NFL World Championship Game in professional American football was held on January 15, 1967, at the Los Angeles Memorial Coliseum in Los Angeles, California.

Along with the list of how many Super Bowl wins Patriots as the first, also in NFL Teams list is the Pittsburgh Steelers, whose newest of their 6 titles came in 2009. The franchise’s most successful period thrived between 1975 and 1980, during which they claimed the title 4 times.

The New York Giants are one of the more popular teams in the NFL, some of this is due to them playing for the biggest city in the country, but a lot of it also has to do with the type of organization they have run.

Dating back to the early days of the NFL, the Giants were always considered one of the classier franchises in football. The team has had up and down years over their history, like any team really, but they have definitely experienced their fair share of success.

The New York Giants have won multiple league championships, both before and after the advent of the Super Bowl. They have won three Super Bowls though.

Who Has Won The Most Super Bowls?

When it comes to the biggest event in American sport, there is no doubt that Super Bowl Sunday, the final of the NFL’s American Football championship, is the most-watched and most popular.

So much of the sporting year in the USA is geared towards the Super Bowl, which usually takes place in late January or early February, and is one of the biggest dates in the USA calendar. Lifting the Vince Lombardi trophy, which is the great prize for winning a Super Bowl, is a great honor for any coach and any team captain in the NFL.

The team who has won the most Super Bowls trophy is the Pittsburgh Steelers, who are also tied with the Dallas Cowboys for the most appearances in the Bowl, each with a total of 8.

Who has the most Super Bowl Rings? Tom Brady, a Patriots quarterback, has more rings in NFL history after winning the 6th championship last year in Super Bowl 53.

Brady was tied with linebacker Charles Haley who won 5 Super Bowls in the late 1980s and 1990s for the most rings in NFL history. New England’s over the Rams (13-3) also placed the franchise into a tie with the Steelers for the most championships by a single team.

With 6 championships wins each, the New England Patriots and Pittsburgh Steelers are the most successful NFL franchises in terms of Super Bowls wins.

Of these two teams, the New England Patriots are the most recent champions, beating the Los Angeles Rams in Super Bowl LIII in 2019 with a score of 13-3.

In 2020, Patrick Mahomes joined the list of most respected quarterbacks to have won a Super Bowl ring. Having been 10-20 down to the San Francisco 49ers in the last quarter, the Kansas City Chiefs scored 21 unanswered points to claim their first Super Bowl victory in 50 years.

No doubt, Tom Brady is definitely a legend of the game, but he does not top the list of quarterbacks with the most passing yards in NFL history.

This honor goes to fellow quarterback legend, Drew Brees, who has thrown a total of over 74,000 yards in his football career.

However, Brady is the leading master of the playoffs during his career — having won a total of 30 playoff games. The figures were almost close to that of another legendary quarterback, Joe Montana.

The Patriots quarterback is also unparalleled when it comes to total passing yards for the franchise – his more than 70,000 yards are more than double than those of Drew Bledsoe, who holds second place on the Patriots’ all-time list.

Feeling Constantly Tired? Here’s What You Need to Do

Merge Your PDF Files Into One to Organize Documents

PDFBear PDF Compressor: Save Disk Space From Your Device