TheWebAddicted
Home Lifestyle How Much Money Do Women Spend on Coffee? 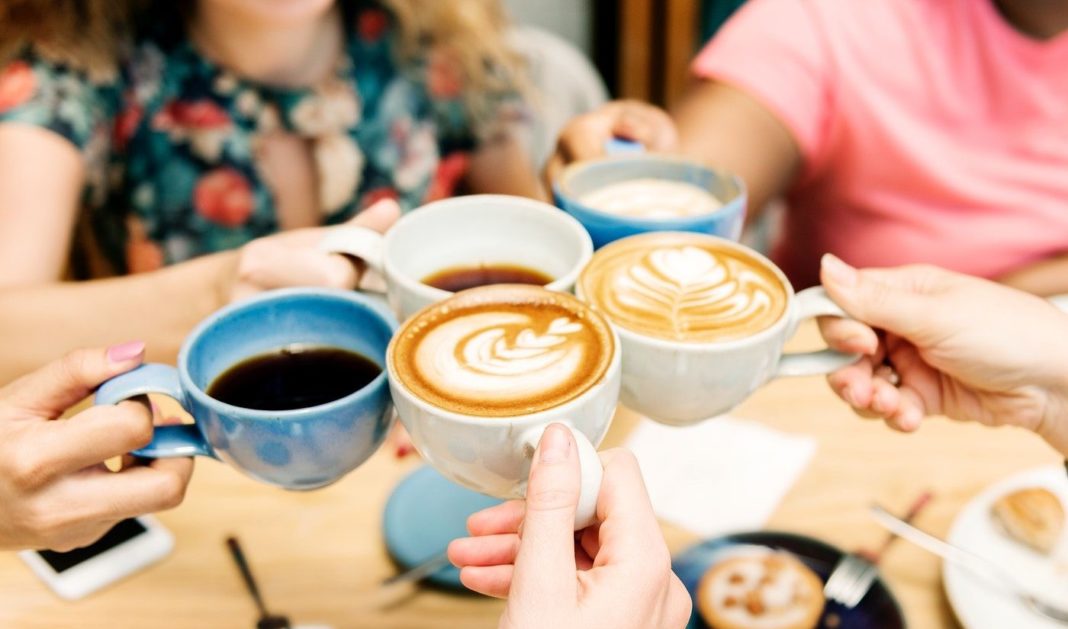 What’s the one thing that helps most of us get through the first part of our day without looking like complete zombies; the thing that gives us that push we require every morning?

Yes, that dispenser of energy, made from the second-best brown-colored beans in the world – the best being chocolate beans of course – coffee!

What’s better is that some brands and coffee shops have even started giving out gift cards, to make purchasing coffee easier, faster and more convenient, leading to an even better start to the day.

Coffee contains several compounds that affect the chemistry of the human body. One of these compounds is caffeine and is known to act as a stimulant.

This is the compound that awakens you and gives you the push in the morning after having coffee. There are other substances too, some of them currently unknown, that produce important hormones like adrenaline and cortisone.

Some people prefer having decaffeinated coffee, also known as decaf. Decaf has no stimulants and the drinker drinks it just to enjoy the flavor of the coffee. Apart from merely being an energy-boosting drink, coffee has some great health benefits too.

If you regularly enjoy a cup of coffee, you might occasionally wonder if it’s doing you any good. If you’re the anxious type, then the question could pop into your mind practically every day.

Caffeine can boost our energy levels like nothing else when we’re feeling weary, and its taste really grows on you.

That would explain why there are hundreds of millions of coffee drinkers in the world.

Why Does Coffee Smell So Good?

Our perception of coffee aroma is dependent upon both the concentration of the compound, meaning how strong the flavors are blended in your drink.

And the odor threshold, which means the lowest possible concentration of the aroma that is still recognizable by the human olfactory.

In reality, the olfactory is not actually as well known as we would assume, there are many different receptors and functions that we do not put into use.

But, as we study more and begin to detect more and more compounds these ideas are solidified.

Women And Coffee: How Much Do They Actually Spend On Coffee?

For many women, coffee drinking, especially in the morning or early evening, is more than a simple habit or cultural characteristic.

In fact, it has become a necessity without which they cannot open their eyes and stand on their two feet all day. According to researchers, nearly 80% of the U.S. population drinks coffee on a daily basis; 66% of women drink more than men (62%).

The caffeine measured to be contained in a cup of coffee women consume on a daily basis, is around 80-130 mg.

But, while the medical community has warned the public of the health risks associated with caffeine intake, there still is very little linking between coffee and health problems, except in very few cases.

Stats On How Much Women Spend On Coffee

On average, the women polled spent almost $3,000 annually on coffee, while the men spent around $1,900 putting the two genders on relatively even (coffee) ground(s).

People in the finance industry tend to spend at $700 a year — with the retail industry just close behind at just below $600 (increased stress and long hours mean plenty of coffee consumption).

On the other hand, those in the construction and transportation and industries both spend less than $300 a year, which may either mean they get their coffee fix for free in the company break room or don’t have time for a cup in the mornings.

Surprisingly, only 26 percent of respondents said the primary reason they buy coffee is for energy.

The highest consensus, which is women, (more than 40%) said they drank it simply because they like the taste.

When it came to productivity after caffeine consumption, almost 50 % of respondents said they felt productive after drinking coffee. About 20% percent reported feeling quite productive — which makes sense, since coffee triggers production of dopamine in the brain, helping to lessen pain and combat inflammation, and keeping you in such a wonderful mood, and quite focused on anything you are working on, and feeling good.

In this case, it’s great news that numerous studies have shown that drinking coffee may play a part in longevity.

In Europe, a recent study carried out in Lithuania indicated that only 7 percent of females and around 20 percent of men do not drink coffee.

Years ago, scientists have discovered that around 20 percent of the population are supertasters because of their increased sensitivity to the so-called bitter tastes: soy grapefruit juice, greens, and most of all, coffee.

In this regard, women are much more likely to be supertasters than men, they seem to have a greater taste response to bitter tastes.

This means it’s not surprising at all, that women tend to choose milder and naturally sweeter types of coffee with added milk.

The term “supertaster” was coined by psychologist Linda Bartoshuk at Yale University who, during the research conducted in 1991, has noticed some individuals tested in the laboratory seemed to be particularly sensitive to bitter tastes.

In Lithuania, 20 percent of women spend on (and only 11.2 percent of men) black coffee with milk.

Meanwhile, men are more likely to select pure-flavored coffee: espresso – 3.8 percent of men and 2.1 of women.

Coffee is known to have harmful effects as well but experts largely agree that the benefits overweigh the harms. However, any substance taken out of moderation can only be harmful; hence the above benefits of drinking coffee should not be taken as an incentive to increase your daily coffee intake to higher-than-normal levels. Moderation is the key here.

How Robotic Automation is Changing the Job Market

Effective Back to School Transition Tips for ASD Children